Inscriptions which shed light on the Old Testament

Eric Ortlund is wowed by visiting the West Semitic inscriptions in the Louvre, Paris

Last summer, I visited Paris and saw a number of West Semitic inscriptions in the Louvre. These are texts I have studied and taught, but never seen with my own eyes.

This is the Moabite stone. If memory serves, there’s one other Moabite inscription in existence, but it’s really small and doesn’t reveal much. So this is basically the Moabite corpus, right here. (I joke with students you can read 30-odd lines of Moabite and justly claim to be an expert in it.) Moabite is virtually the same as ancient Hebrew and thus easy to read, even after one year of Hebrew. King Mesha mentions King Omri and says Israel conquered Moab because Chemosh (his deity) was angry with his land, showing a quasi-Deuteronomistic theology. It’s fascinating.

(My daughter commented that most people take selfies with food or their friends. I take them with ancient monuments. She knows me well.)

This is a picture of the storm-god Baal. You can see he has a horned crown, which is a symbol of royalty, with a few interesting Old Testament connections even there. He is standing on wavy lines, which may be mountains, but are more likely the sea, the ancient enemy of the storm god. He’s holding a spear downward toward his enemy which looks (to me, anyway) a little like lightning. Other depictions of the hero-god show him holding lightning bolts. His right hand is raised in the smiting pose – ‘with outstretched arm’. There’s a lot of ancient Semitic pagan mythology just in this image. It’s eye-opening to see artifacts left behind by sincere Baalists. You can see how pervasive and convincing this religion was to these people groups.

Here’s the Ugaritic Baal Epic, which describes how Baal defeats Sea, is given a temple by El, and then has a stand-off with Death. Baal can’t quite defeat him, but Death doesn’t defeat Baal either – in contrast to Isaiah 25! I translated all that remains of this epic when I was at Edinburgh. Dennis Pardee (and if you’re in Old Testament studies, you’ll know that name) says this is the most important extra-biblical text for understanding the Bible. I do think the Scriptures are sufficient unto themselves to understand them, but certain things are so much easier to see when you compare them with Baalistic texts!

Here’s the Zakkur inscription. I read this with my first year Hebrew students in May. King Zakkur is besieged, but Baal-Shamayim (‘Baal of the Heavens’) speaks to him by the hand of prophets, and says he put him on the throne and will not abandon him. There are a lot of biblical echoes here.

This is the Phoenician Yehimelek inscription. Notice the Egyptian-looking scene at the top, of the sun with wings, and a goddess looking like Hathor receiving a worshipper. So many Semitic inscriptions have a seated god/dess receiving a supplicant. They were a pious people! Yehimelek says he built a temple for Baal and other gods and so is blessed.

It was an interesting contrast, seeing ancient Middle Eastern relics next to those of classical Greece and Rome. The Semites had none of the proportion or refinement of the classical world; but I would not call them barbaric. Their sophistication was of a different kind.

I’m genuinely grateful I live in an age when these relics have been discovered and can shed light on the Bible. As I said, I believe in the sufficiency of Scripture. But it is so much easier with the comparison. What a privilege to see them!

This post was first published on Eric Ortlund’s blog, Scatterings 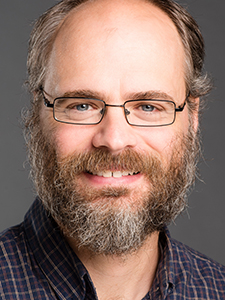