Graham Beynon talks about the biblical elements which should shape our view of gender, our understanding of ministry, and our thinking about church.

Graham Beynon was recently the main speaker at the Priscilla & Aquila Annual Conference for 2019 in Sydney, hosted by Moore College. He spoke on ‘The Complementarian Jigsaw: Gender, ministry and the local church’, and the videos of his two talks are here: Talk 1, Talk 2. We asked Graham to tell us what the talks were about.

In the ‘complementarian jigsaw’ are three elements: our view of gender, our understanding of ministry, and our thinking about church.

Our discussions about complementarianism rightly involve the exegesis of 1 Timothy 2, and other key texts, but they often stop there. I believe there are some much bigger pieces to bring into play, which shape what complementarianism looks and feels like in church life, and I’m concerned that we haven’t engaged with the bigger picture. Instead, we’ve narrowed our discussion down to: What can a woman do or not do in church life? There’s a danger here of thinking that if I tick a box saying, yes, women can do that, or no, they can’t do that, then we’re done. What I want to say is: No, we’ve only just started.

So the big pieces are as follows. Firstly, what is our understanding of gender? Does our understanding make it seem like God’s commands on gender roles are slightly up in the air? As in: ‘Don’t behave like this in church, but do behave like this in family life.’ Or instead, do God’s commands connect with how he’s made men and women in a more substantial way? Do his commands have a deep foundation in gender? Are genders different, and if so, in what way?

Secondly, on the issue of ministry: If you make ministry all about preaching, for example, then it becomes an all or nothing thing: Can they or can’t they? I would argue that ministry should be far more holistic in church life, and that women must be able to contribute. In 1 Corinthians 12 we’re told that one part of the body can’t say to another, ‘I don’t need you’. I worry that some men could be in danger of saying to half of the body, the female part, ‘We don’t need you’, because there’s no significant ministry role which women have. I don’t think you can say that.

Thirdly, on church: Paul tells Timothy to think of church as family, relating to older men as fathers, older women as mothers, and younger women as sisters. I think the way he pictures relationships in the life of the church challenges some of the ways we set up church. It challenges our view of the relationships between men and women and the way that ministry happens in those relationships.

So overall, I’m saying: Don’t think you’re done once you’ve done your exegesis of 1 Timothy 2. That passage is foundationally important, but once you’ve looked at it, you’ve only just started. If all of church life is a big picture, then complementarianism is one small part of that picture. To understand it properly, and more importantly to live it out well, we need to step back and see it in context.

Photo by Charles 🇵🇭 on Unsplash 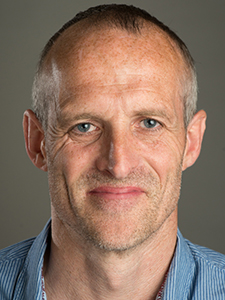