On March 26, Oak Hill held a reading of Martin Luther's: “Whether one may flee from a deadly plague” for the college community. This was introduced by Dr Matt Bingham who's kindly shared his comments.

It is my privilege tonight to offer a few brief introductory remarks about the piece we are going to hear performed, comments that I hope will situate the text both within early modern Europe generally and Martin Luther’s life specifically. In brief, we are about to hear a letter that Luther wrote in two parts during the late summer of 1527. At this point Luther is 43 years old, and if you are familiar with his life you will recognise that by 1527 the most well-known Reformation-establishing events in Luther’s story are behind him.

‍
Those events would include:
- Luther’s appointment as Professor of Biblical Studies in Wittenberg in 1512
- the famous 95 Theses on indulgences, authored and distributed in 1517
- Luther’s formal excommunication by Pope Leo X in 1521
- Later in 1521, his refusal to recant his views before the Diet of Worms – the famous ‘here I stand’ moment followed by Luther’s period of hiding for his own safety in Wartburg Castle
- And then his return to Wittenberg in 1522 and pastoral ministry there, a ministry that he would carry on until his death in 1546
- And of course, we should also mention that by the time he writes this letter on plague, he is also married, having wed former nun Katharina von Bora in June 1525. As Luther sits down to draft this letter he and Katharina have one child, Hans, who would have been just over one year old, and Katharina is pregnant with the Luthers’ second child, a daughter Elizabeth who would be born that December but would sadly die within a few months.

‍
So when Luther writes this letter, the Reformation is in full swing, and he is ensconced in Wittenberg trying to organise and establish the church. And while doing so he is contacted by a fellow pastor who asks for advice as to how godly Christians should conduct themselves during a time of plague.

‍
Now at this point it would be helpful for us to recognise a huge difference between our situation and Luther’s situation. Obviously we are convening this virtual meeting during a time at which 21st century life has been disrupted in an unprecedented way by the international outbreak of a deadly disease. For us this is a new phenomenon that we have not had to deal with before. But for Luther and his contemporaries, disease, dislocation, and death were all too common.

‍
Luther lived during the first half of the sixteenth century, a time during which Europe was transitioning between what historians have later described as the medieval and modern periods. Thus while Luther in 1527 is technically considered an ‘early modern man’, the reality is that he and his contemporaries were still profoundly medieval in their outlook, their expectations, their mind-set—something that I think comes out clearly in the letter we are about to consider.

‍
And few things loomed larger on the medieval mind than deadly disease, a phenomenon that would have been widely understood as a manifestation of divine wrath. The most infamous outbreak was the so-called ‘Black Death’, the plague which ravaged Europe, particularly between the years 1347-1351.

‍
The plague was highly contagious, spread both through contact and through the air. It caused its victims to develop black swellings about the size of an egg or an apple, these would ooze blood and pus. These were followed by spreading boils and black blotches from internal bleeding. And all of this was accompanied by severe pain, depression, despair and a quick death, usually within five days of the first symptoms, though often death occurred much faster—there were reports of people going to bed well and dying in the morning; there were reports of doctors catching the illness at a bedside and dying before the patient they came to treat. (1)

‍
It is not hard to see why all of this struck people as mysterious and evil; one Welsh source described it as ‘death coming into our midst like black smoke, a plague which cuts off the young, a rootless phantom which has no mercy… It is seething, terrible… a head that gives pain and causes a loud cry’. (2)

‍
Though the numbers are hotly contested and no one can be certain, historians estimate that this outbreak of plague killed anywhere between 75 and 200 million across Europe, a staggeringly high number, a number that means that between 30-60% of the population was killed.

‍
So that is an unbelievable, era-defining reality and as Luther writes the letter we are about to hear in 1527, though he is almost 200 years after the peak of the Black Death’s destruction, he still very much lives in its shadow. Both because those events would still haunt the medieval collective memory, and because other waves of plague and pestilence would follow on in the wake of the great 14th century outbreak.

‍
In addition to plague, dysentery, malaria, influenza, typhoid, and diphtheria were rampant across Europe throughout the medieval and early modern periods. Indeed, some estimate that half of all Europeans during this period died before reaching the age of 30, usually that would be from disease. And in an age when medical treatment was incredibly rudimentary by our standards, the most common response to an outbreak of plague or deadly disease was to flee–to run, to head for the hills. (3)

But, for Christians, and especially Christian ministers, this scenario raised all sorts of ethical and theological questions. Does running away from danger somehow betray a lack of faith in God? And what about my duty to others – what does ‘loving one’s neighbour’ look like under such circumstances? These were questions that medieval and early modern people had to face at all too regular intervals.

‍
And so in the summer of 1527 when plague arrives in Luther’s Wittenberg, the Reformer is facing a situation that was, while still horrifying, not especially novel or surprising.
‍

On August 1527, Wittenberg struck by plague. It appears that our letter tonight was begun prior to or just as the plague was begin to reach Wittenberg, but then Luther paused, and seemed to pick up again after things had progressed. The disease first broke out in the fishermen’s quarter on the outskirts of town, then travelled quickly to the centre. By mid-August, 18 people had died. In response, many fled, including Luther’s close friend and colleague Philip Melanchthon; in fact the entire University of Wittenberg where Luther lived and taught moved about 100 miles south to Jena.

‍
Luther was urged to flee along with them, but, despite struggling with intense depression during this time, he felt it was his duty to remain, and so he continued lecturing to a few of the students who had also stayed behind. During this period his house, the so-called Black Cloister, became a sort of makeshift infirmary as many of the sick showed up there. Luther’s son Hans became seriously ill, though he eventually recovered.

‍
‘Luther’s decision to stay in Wittenberg was bold, but also revealed a reckless disregard for his own safety and that of his family. It may have been a residue of his wish for martyrdom, or, perhaps, another example of the remarkable courage that enabled him not to shirk what he felt to be his pastoral responsibility to his flock.’ (4)

‍
Roper’s comments capture some of the difficulties and ambiguities of the situation that Luther and countless others found themselves in throughout the period. And so with that background in mind, let’s listen together to Luther as he wrestles with the question of ‘whether one may flee from a deadly plague’.

‍
Dr Matthew Bingham is lecturer in Systematic Theology and Church History at Oak Hill College, and his research focuses on religion in early modern England. Originally from the United States, he studied history at UCLA and received his Master of Divinity from Princeton Theological Seminary. He holds a PhD in history from Queen’s University, Belfast, and has authored the monograph, Orthodox Radicals: Baptist Identity in the English Revolution (OUP, 2019). 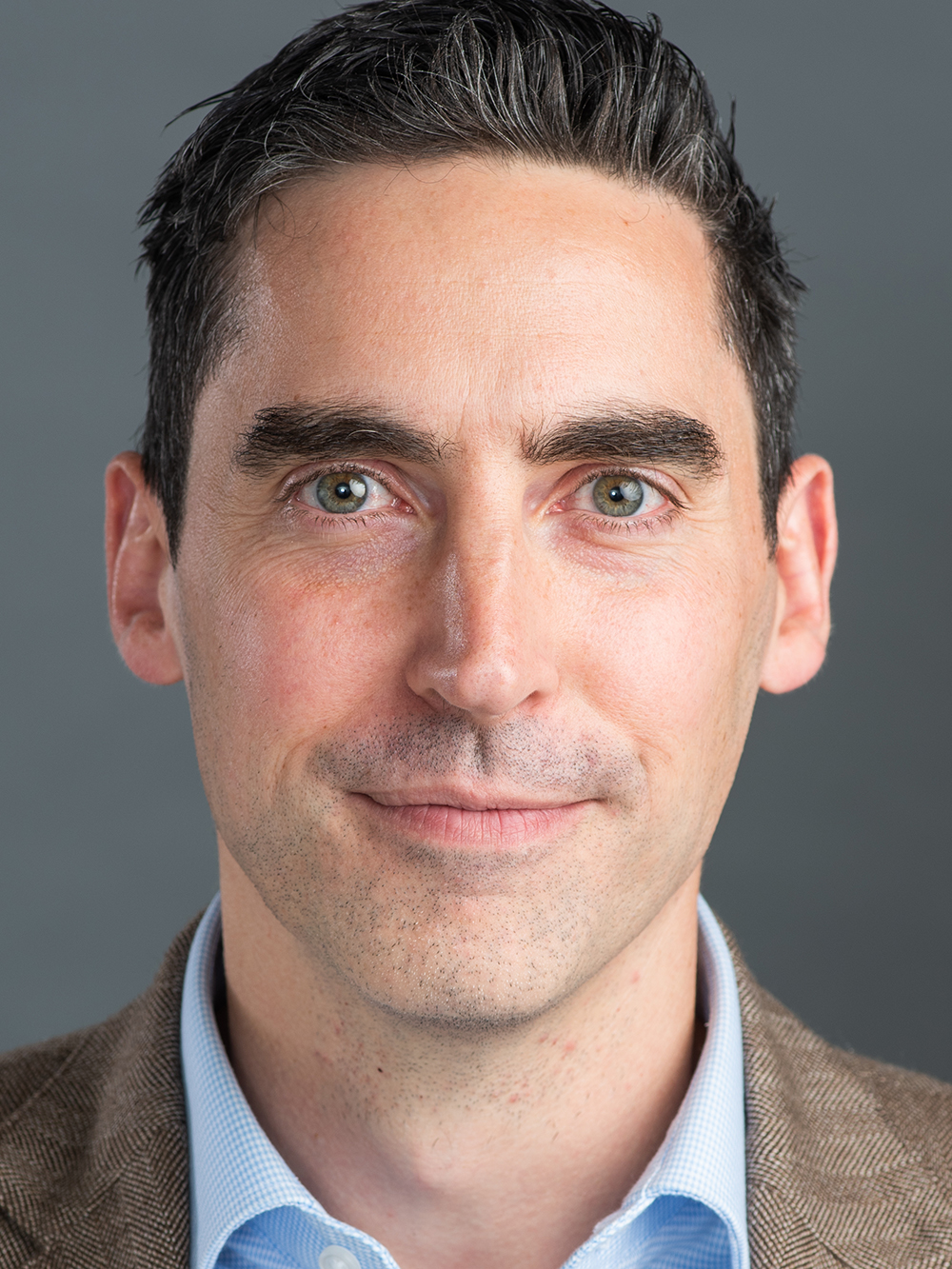